Working in a team is essential for the success of most projects. This gives rise to a high potential for conflict, which usually manifests itself on an interpersonal level. To counteract this in the best possible way, it is important to go through the individual steps of teamwork.

This phase is also called the orientation phase. Here the team is put together and everyone gets to know each other. Initial conversations are held and the team members feel each other out, pleasantries are exchanged.

In this phase, also called the conflict phase, the first cliques are formed. The first conflicts arise and coalitions are formed. This is the result of the clashing roles, which now shine through for the first time.

Norming is essential for the performing phase. To work together successfully as a team in a project, rules are established in this phase. The team must define the rules themselves, this helps to ensure that they are better adhered to. The first exchange of information begins in this meeting. The general “we-feeling” arises and implies a demarcation towards the outside, the appearance as one unit.

Performing is the main phase of teamwork. This is where work packages are worked on and the project is carried out.

The success of this phase is based on team spirit, trust, solidarity, creativity and cooperation. The adherence to the established rules and the assigned roles from the norming phase is crucial.

This phase begins with the completion of the project.

A final meeting is recommended so that the team does not fall apart after the end of the project. This should take place in a neutral, non-work-related environment, for example over a meal. One reflects on the work done and possibly stays in contact with each other. This can also help with potential renewed cooperation and shorten the duration of the first three phases and minimize the potential for conflict. 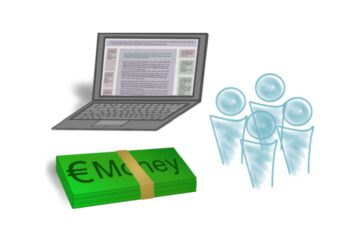 The resource plan can be created based on the work breakdown structure and the schedule. To do this successfully, a few basics must first be clarified. 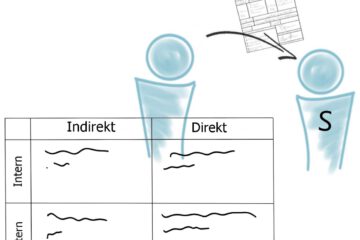 When starting a project, it is important to be aware of the project environment. This is what the environmental analysis is for. It is a tool for identifying all social and factual environmental factors. It also serves as a basis for the stakeholder analysis. 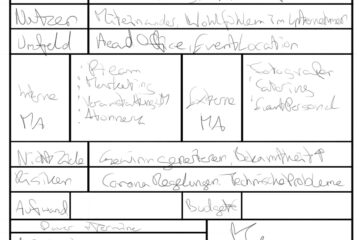 How to create a project profile

The profile is basically a short summary of the whole project. It contains all the important background information and provides an overview of the overall picture. Ideally, it should only cover one page. In a project report, it is on one of the first pages and provides information about the following contents.

We use cookies on our website to give you the most relevant experience by remembering your preferences and repeat visits. By clicking “Accept”, you consent to the use of ALL the cookies.
Cookie settingsACCEPT
Manage consent

This website uses cookies to improve your experience while you navigate through the website. Out of these, the cookies that are categorized as necessary are stored on your browser as they are essential for the working of basic functionalities of the website. We also use third-party cookies that help us analyze and understand how you use this website. These cookies will be stored in your browser only with your consent. You also have the option to opt-out of these cookies. But opting out of some of these cookies may affect your browsing experience.
SAVE & ACCEPT